Christmas Gifts For The Kiddos In My Life...Outside The Box.

I've turned into the "aunt" that makes Christmas gifts. 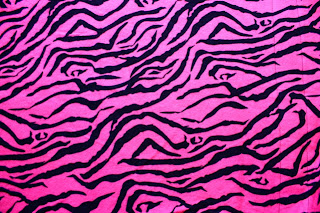 Before we had kids we just had one niece (born in 2004) so it was fun to find a fun gift for her birthday, or Christmas, and not have to worry too much about getting her something she already had. Then, in 2007, the "triplets" were born. Ok, so they weren't really triplets (and they weren't all mine). In March my younger brother and his wife had their first baby (a boy!), in May my hubby and I had our first baby (a girl!), and in July my older brother and his wife had their second baby (a girl!). Somehow my mom and I started referring to them as the "triplets" whenever talking about all the currently four year olds. 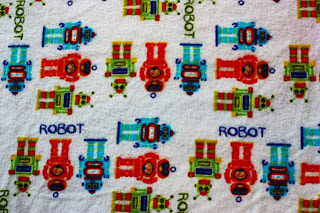 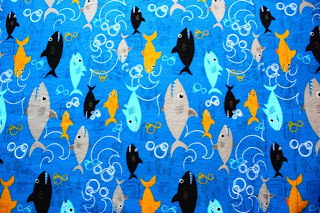 Alright, now that I've gotten off the subject a bit...back to it... 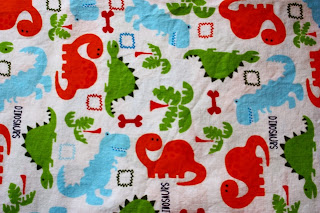 A few years ago I decided that instead of searching for gifts and hoping that they don't already have "that", I would make gifts. The chances that one of the kids would already have "that" would be next to none. Plus I'm not sure if I've mentioned it before, but I love.to.sew. It's something I've always loved to do, but as life has gotten more hectic, I don't get much time for it anymore. Except when it's time to sew Christmas gifts!

For the first year of homemade gifts, I made a set of 10 bean bags for each child (with non-toxic poly pellets-I highly recommend them over real beans if you're making bean bags) plus a bag with handles to carry them (although I didn't send these to Finland; they were SO heavy). I used all sorts of fun fruit and vegetable fabrics that I happened to have already, and bought a girly fabric for all the girls bags, and a boyish fabric for all the boys bags. I didn't take pictures (oops) but maybe I can take a picture of our kids sets to post at a later time. I also gave each of the kids a savings bond to stash away for 30 years :-) which I had hoped to continue every year. 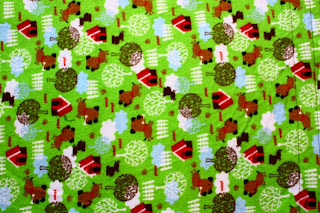 Then the following year (and this year as well) we unfortunately had to put the savings bonds on hold since I had left my job and money was, and continues to be, tight. But, I was still able to put my sewing  machine to good use. I made all the kids (including my Finnish "nieces", plus my two daycare kiddos) library book bags, and included a couple books. This time I carefully selected different fabrics for each kiddo. I love all the different types of fabrics available, which sometimes makes it difficult to choose, but I try to keep up on all of the kids favorite colors and interests - so that helps. 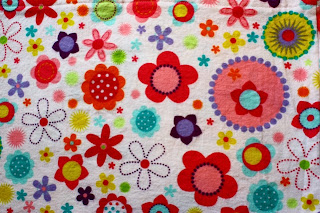 This year I made pillowcases for all the kids. I was sooo tempted to use holiday fabrics because there are always SO many cute ones out there (thinking they could be used as their special Christmas pillowcases), but I decided it may be better to select fabrics that could be used year round (although who says you can't use a candy cane or snowman pillowcase in July?!). I also included a book with each one. I love to read, and I love to read to kids. Because of this, I love to include books as part of a gift :-)  The fabrics/photos spread throughout this post are the ones I used for the pillowcases. I made 12, although my Finnish "niece's" and daughter's were from the same fabric design, and one of our nephews and one of my daycare boys was also the same. Oh, and of course our newest nephew isn't old enough to use a pillow so I decided to make him an extra large "tag" blanket which is also a pillowcase for when he gets older! 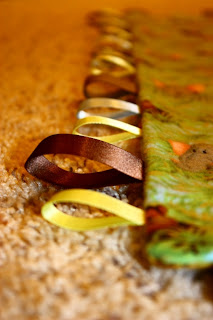 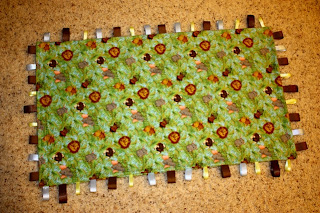 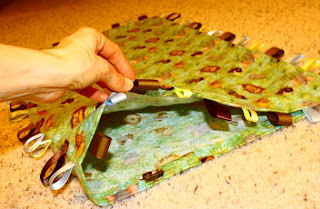 I already know what I will be making for next year. (Note: I usually haven't even thought about it this far in advance; I decided on pillowcases early fall and made them in November...)  Is it crazy that I decided on next years idea before I was even done making gifts for this year?! I am sooo excited to make next years gifts that I was ready to run out and buy fabric before Christmas...but I didn't. I realized it would be wise to use my JoAnn Fabrics coupons throughout the year, keep an eye out for cutsie fabrics, and work on them gradually. Maybe. If I get the sewing bug (and a great fabric sale) I may jump on it. And the 'accessories' that will go along with it can be purchased here and there, rather than all at once, so I can at least hold off on binge buying those. I want to keep it a surprise in case any of the "parents" of said kids are reading this...although I've already told my mom and mother-in-law...so...hmm...I'll have to think about it. Maybe once I get the first one all sewn up I'll post a picture of a 'current sewing project'.   ;-)
Posted by Amelia at 1:20 AM