All The Reasons Why I Want To Live In The Woods

Hello Blog World! It's been a few years...I could list a million and one reasons why I haven't kept up with posting, but basically it boils down to choosing to not let it be one more thing on my plate that I feel obligated to do. Really though, it's here when I need it, and when I don't it waits for me. What (or who) else will do that for you?!?!? 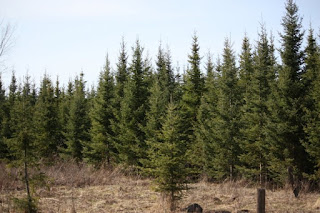 Recently I began thinking about all the reasons that would warrant living in the woods. I've decided to blow the dust off this lonely blog and have some fun with it. I have no set schedule with this, so I won't be posting on a certain day of the week, and certainly not every day. Maybe once or twice a week...maybe, but no promises. I do promise that it won't be three years (which I believe is when I last posted here...).

I'll keep a master list here, which will link up to each of my new posts. I have no idea how many reasons there are (thus it's not titled "100 Reasons Why....") but I can think of quite a few. Honestly I'm too tired tonight to write up the first of many, but I'll just say that the first few involve Dogs, Dryers, and Digging.